Yesterday evening Nantko and I celebrated our birthday at Mulligans. Nantko's is today: happy birthday!), mine is next Tuesday. Kees took pictures.

Nantko gave me the Earth DVD: 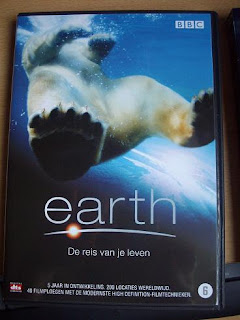 Here are the giraffes on the birthdaycard Babs (my collegue) gave me up close. They also had 10 euro's with them for me. 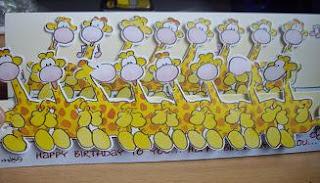 Danny gave me something I fell in love with long time ago. It's a trollbead and yes these are giraffes. The other side has another giraffe. 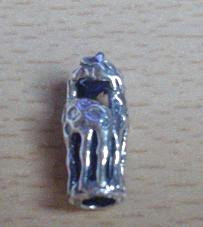 I don't have a bracelet fot the bead yet, but tomorrow is my day off. Guess where I'll be in the afternoon? :D Miriam gave me a Mulligans T-shirt as you can see in kees' pictures.

When I left Mulligans around 2:00 A.M. I think, maybe later it was raining cats and dogs. I cycled as fast as I could to get home, but I was drenched anyway.

This morning I was up bright and... uhm ok not so bright but very early. I gave a guided tour at the zoo.

After the tour I called one of the zookeepers to ask if he had some camelhair for me, and he had. He would sent another zookeeper to me and I had to wait for about 15 minutes. So I was walking in the neighbourhood of the camel stables and saw some very nice young animals.

Thers's another baby stork in the nest, but it's lying flat so you can only see it when it pops up his/her head. 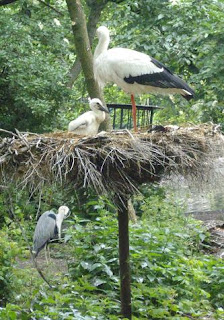 The Japanese Macaque have young... 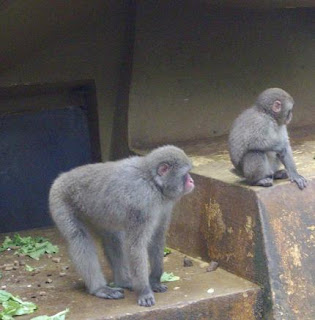 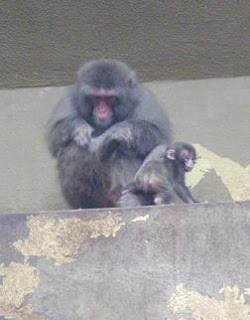 ps. Torsten says your link to your Second life is wrong, it should point to www.xyllomer.de ;-)

Neuzel asked me what youg is, it's young off course; slip of the keyboard. I thanked neuzel for telling me. I think Neuzel does not read typo's *lol*